The neighborhood watch, a fascinating social convention. It exists in various forms around the world. There are various characters that form part of this amateur crime prevention group:

There is the meticulous curly haired woman in her early 60’s. She’s a busy body organizer, and her efforts will give her husband some welcome relief as he turns back to watching the cricket test match on the telly.

The military veteran sometimes marvels at the inexperience of the people around him, but luckily, he is always on hand to offer a wise and much detailed military anecdote.

Johnny Rambo is a car salesman who has found his true calling as a crime fighter. Equipped with leather driving gloves and a 1 million lumen spotlight, nothing can stand in the way of this determined super sleuth.

Lastly, we have the millennial investment banker who does patrols between studying for his MBA and ordering a new polycarbonate mountain bike with rewards points earned from a side hustle run on his tablet.

The neighborhood watch goes back as far as the 1970’s in the USA and the 1980’s in the United Kingdom. However, the concept of volunteer citizen force patrolling a town, village or even cave dweller community probably goes far back into the history of human society.

There are various definitions of the concept, but essentially:

A neighborhood watch is a group of community volunteers that have formed an organized scheme that is tasked with patrolling a community area in order to reduce crime in the neighborhood.

Depending on the part of the world, this may be conducted by groups of people on foot, or in vehicles.

Why Start a Neighborhood Watch Program? 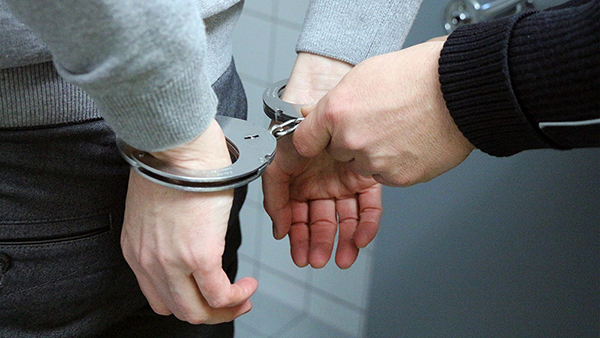 In a paper called Communities, Crime and Neighborhood Organization, Professor Wesley Skogan, notes that “Crime is corrosive”, it corrodes our trust in one another and damages our will to act within our community.

After stating so often that “there’s nothing that can be done about crime”, we actually begin to believe it. As the corrosion grows, people shrink their psychological territories to the borders of their homes and the doors of their cars. As they enter their suburbs, they observe and interact less with their immediate environment and avoid questioning suspicious activity.

“Situational awareness” the term that security experts’ treasure, is exchanged for “it’s got nothing to do with me, and what’s for supper anyway”? The belief that “a man’s home is his castle” takes on a new meaning.

The castle walls once designed to keep out invaders now also serves to save us from greeting the neighbors. We become so inwardly focused that we don’t even notice the unknown car that is slowly driving down the road.  Areas that are not overtly monitored are natural targets for criminals.

==> Check out our Situational Awareness Guide

The paradox is that people who are under threat often contract from society, while the solution is to extend yourself outwardly and engage in with the community. South African security expert Prof Rudolph Zinn,  has noted that one of the most effective ways to prevent crime in a neighborhood is for residents to actively get involved in crime prevention initiatives.

South Africa suffers from one of the highest crime rates in the world, and yet when a case study was conducted involving well-structured vehicle and foot patrols in the suburb of Roodekrans,  it was found that 18% of crimes took place during the patrol periods and 82% during the non-patrol times (Meyer & Van Graan, 2011). When the community patrols were active, crime significantly reduced.

Benefits of a Neighborhood Watch

There is a time for people to say, “enough is enough”. The pain of constant criminal incursions is sufficient to drive home dwellers away from YouTube and Netflix screens, and into the dark of the neighborhood street. The curly haired woman stamps her fist on the table, Facebook and WhatsApp groups are alight with anger and a meeting is called. With some good planning and leadership, the neighborhood watch has been shown to be an effective crime-fighting mechanism (Bennett, et al., 2008).

Some of the benefits of a neighborhood watch are:

Reading Resources for your Neighborhood Watch

What is the purpose of a neighborhood watch?

The purpose of a neighborhood watch is to reduce crime in an area. It works by bringing residents of an area together to watch out for each other.

How do I start a neighborhood watch?

There are 4 steps to creating a neighborhood watch.
1. Assign a capable leader
2. Recruit people
3. Plan the time and location of the patrols
4. Use social media

What is Situational Awareness?

The 3 Levels of Situational Awareness

Situational Awareness and the Survival Mindset